Who knows beyond the last days of time, beyond the Rapture, what God’s future plans for His Saints are? The Book of Revelation reveals this eternal journey. Do most Christians or non Christians know what is ahead, as described by Revelation? I don’t think so.

The reason for this lack of knowledge is that the Book of Revelation has not been generally taught from the Pulpit. Also, most people do not study Revelation because it is very difficult to understand. Even so, this book describing future events is a must study.

The Apostle John was told exactly what to write and what not to write. It is the only book of the Bible directly revealed by the vision of Christ and the only book in the Bible that presents a BLESSING to all those who study it.

Prophecy is more concerned with what will happen than when it will happen; however, sometimes prophecy is written for a given time. Some portions of the Bible are not meant to be understood until the time of their fulfillment. The Book of Revelation has now reached its time of fulfillment. We need to read and understand it.

For those who have ears to hear and eyes to see. 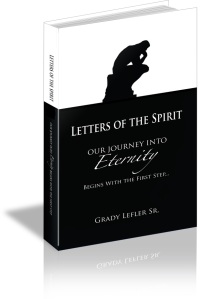 A little over 2000 years ago, Love was born, and His Name was Jesus. His Love for us is beyond measure.

Jesus’ LOVE for us rings with:

For those who have ears to hear and eyes to see.